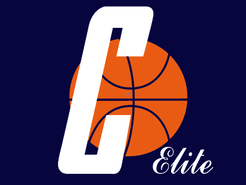 Colorado Elite is a girls’ basketball club which has some of Colorado’s premiere athletes. I want to take this opportunity to introduce myself and give you a brief introduction to this club.

I have lived in Colorado my entire life and was one of the original Colorado Hoopsters. I won many national tournaments and have worked with many coaches in and out of the state. I have had many accomplishments throughout my career. I attended Mullen H.S. my freshmen year and then transferred to Heritage H.S. my sophomore year. My sophomore year we were ranked nationally and won the State Championship and continued on for a 58 game winning streak into my junior year. After my sophomore year, I was invited to the very first Nike All-American Camp, as one of only eight sophomores invited to the camp. I was also named All-Colorado all four years and Ms. Basketball my senior year. Along, with these accomplishments I was also named to 1st Team Parade All-American, 1st Team Street and Smith All-American and Gatorade Regional Player of the year. My senior year I led the state in scoring, steals, assists and shooting percentage. I was ranked in the top 10 of nearly all of the scouting reports and chose to go to the University of Connecticut with the greatest recruiting class of all time in girl’s basketball with five First Team All-Americans (Sue Bird, Tamika Williams, Swin Cash, Asjha Jones and myself). We went on to win two National Championships. I started many games until I had six knee surgeries and a shoulder surgery. I finally had to face the fact that I could no longer play basketball everyday.

I am a very strong believer in academics and community service. I graduated in the top 10 of my high school class (4.68 GPA) and was Scholar Athlete of the Year, along with many Citizen of the Month Awards. In college, I graduated early with a degree in Physiology and Neurobiology and was on the Dean’s List and Big East Scholar Athlete Team.

I have the support of many college coaches and people who select the All-American teams, these are coaches that I have known and made friendships with throughout my career. I believe it is necessary for a coach to have a great rapport with these individuals, since they are the ones who will have the greatest impact on your long-term goals of getting a college scholarship and possibly becoming an All-American.

In the summer of 2006 our high school team took second in one of the largest national tournaments, in the 15-U division. The rest of the summer, for exposure we played in the 16-U division. We also had two players make honorable-mention All-American during their freshman to sophomore summer.

In the summer of 2010 our Varsity team finished 3rd in the one of larger tournament in the summer, in Portland Oregon. Each year we focus on playing at the highest level, and preparing the players to play at the elite level.

In life and in basketball, I believe in setting high standards and goals for yourself and your teammates and success comes through hard work and dedication. I stress fundamentals, intensity and team work to help accomplish these goals. I have also do private lessons for shooting and skill work for the past few years and I can teach many different skills to help players succeed. Having respect and communication with your teammates, opponents and parents is vital not only in basketball but in life as well. If we all work together, I know we can continue to push to make this club not only Colorado’s Elite, but one of the Nation’s elite.